God is under the porch... 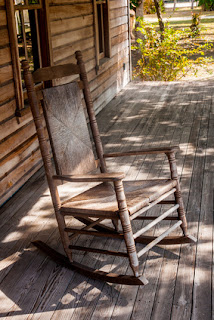 "The more I tune into this life I realize God is everywhere and the extraordinary is waiting quietly beneath the skin of all that is ordinary. Light is in both the broken bottle and the diamond...and the water dripping from the drainage pipe. Yes, God is under the porch as well as on top of the mountain...if we are willing to be (here).   Mark Nepo

Hurrying by the living room to catch my flight in time for Tucson, I felt a surge of gratitude and the urge to bow. The tree, mantle, presents were still emitting Christmas magic, the piano was standing stately that had given me so much abandoned joy. I turned to the kitchen that had cooked so many meals and then the foyer that had welcomed friends, family and strangers.  I felt reverence, relationship and almost said out loud, "How 'You' have supported me." I bowed.

While still in this feeling of grace/awareness at 36,000 ft (the woman pilot informed us) I ponder my earlier experience, thinking, "Oh how palatable and lovely it still is." None of it feels inanimate as if mere objects -- solid, lifeless. Each seemed to resonate with a presence beyond their physical form. In the paradigm I grew up in, objects where mere objects so supposedly was water, light, plant and tree. Now, I am asking the latter if I can drive a nail into it to hold the bird feeder -- knowing it is a throbbing life in tree-form.

The mystics and quantum physicists know there is a level of awareness where all is essentially, One. In other words, there is no solid, no dead, only transition. The essence of life bare, is light. As a spirit guide suggested, we could think of light as a living presence. Ask, ...and it will respond.*

What if we saw objects beyond their labels, attempted to experience them differently from another dimension of awareness: maybe God/love is waiting beneath the skin of the ordinary -- alive, caring, supporting -- energetically. Having just felt in relationship with a piano and a foyer, it begs the question. What if objects have their own kind of spirit, energy, light? What if?


Entering my Tucson home hours later, the table, desk, sofa, covered with months of desert dust definitely looked inanimate. My earlier awareness had dissipated as I guessed it might. Where are my heart-eyes, my heart-feelings now? Gone. My life would be transformed if I could change the channel of my awareness at will but I can't. Yet, rather than explain it away, I want to take this magical path to a deeper truth which understands that more than humans hold sacred space. Then maybe the ordinary will dance and life will live me.

* Sanaya Roman
image source: fotolia.com
Posted by Augusta at 8:00 AM