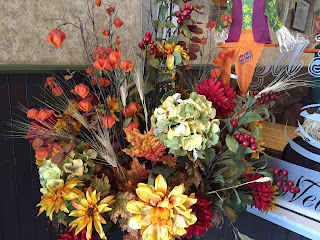 "Everything has a purpose. There are no mistakes, no coincidences -- only blessings from which to learn."  Elizabeth Kubler-Ross *

I always believed in coincidence as being a curious chance interaction until spending a week at one of Elizabeth's "Death and Dying" workshops some years ago.  She announced the first day, "There are no coincidences in life." I didn't believe her. I was to discover through the week and following years that my meaning for the word had no more depth than a shallow puddle.

People in the workshop were in deep emotional pain and some where much too young to die. Their struggle was heart wrenching. People came from across North America and Europe, yet the woman I sat next to lived fifteen miles from me and we became important friends. She died within five years (early thirties). I could no longer say, "Oh, just a coincidence, a mere chance encounter."

Coincidences come big and small. I became aware one day I had neglected an acquaintance, she didn't tell me but her actions did. The same afternoon I dropped my favorite vase. Still feeling badly and looking at the shards of glass on the floor, I knew what it was telling me. The sun comes in the window and crosses my page just as my pen catches a significant learning. Ah, another confirmation. The printer adjusts itself just at the moment when a thought imprints me with meaning. Little coincidences, I wonder?

Then there are the big coincidences. I have been bothered about the images I have put on this blog for the last year, slowing moving out of my ignorance about copy-write, and excuses, "Everyone does it so it must be 'ok'." Three mornings ago, the proverbial "jig was up." Nothing particular had happened but it was no longer "ok".  Yet, I had just finished a writing called "the solitary bird" and was ready to post but needed a picture of a eagle or hawk high in the sky. I was sorely tempted -- so easy to pop into Google for one more.   An hour later, talking on the phone on the deck, I noticed a bird in the sky hovering over the river, probably hunting. I kept talking. Then it turned and flew my way. I stopped talking.

"Ah,there's the bird-image I want for the writing." I thought, watching the under-feathers, a dark and light pattern, skim over my head. I have never been this close to a hawk and started to tell my friend on the phone but  she stopped me saying softly, "I heard the swish of its wings." Here was my picture but no camera, yet more importantly, here was my confirmation, information, and direction.

I am too old, too experienced to ignore the messages carried on such bold wings. I know the universe talks back.The physicists and mystics know there is a pattern, a divine intelligence, a divine matrix to this life. This force speaks through the wind, the printer, the vase, which teaches, guides, and leads us into the magic of the moment, to an invisible companion who is as close as my finger tips on these computer keys. Elizabeth knew who she was working with, could depend upon and she was right. There are no coincidences.

* Kubler-Ross wrote the ground breaking book, Death and Dying.
She was an inductee into the American National Women's Hall of Fame in 2007.