the birthday of life, love, wing and loss... 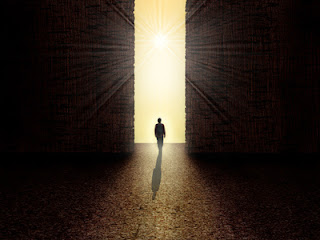 i thank You God for this most amazing
day...and for everything
which is natural which is infinite which is yes

(i who have died am alive again today,
and this is the sun's birthday; this is the birth
day of life, and of love and of wing...)   e.e. cummings

My cousin's funeral was yesterday. Having been diagnosed a year ago (two former writings*), she achieved the year she so wanted as she had more life to live, family and friends to love, and business to attend.

In the service, the minister told us she called a couple of weeks prior, asking him if he would conduct her funeral which would be imminent. This request by the person, plus the "matter of fact" time-estimate was a  new experience for him. He wanted to meet with her.  She apparently was not too interested but agreed, adding, she did not want an eulogy. "People already know what I do. I don't want it about me, I want it about God." On such visits he usually tried to make a person's transition easier, offering comfort but not this time. She had it "well in hand" and heart. Responding to her request he spoke about her "joy de vive, tour de force" and her aliveness -- in other words her god-ness.

A few decades ago, working in hospice, I walked with people on that transition-part of their journey, held numerous hands, looked into misty eyes through my own mist. However, I never walked this courageous path with anyone who engaged dying so boldly, selflessly and factually. My cousin, I am sure, had her dark nights, walked through her garden of Gethsemane,** fell to the ground as others have done when considering the loss of earth-hardness, the softness of a cheek and a look from an eye that sees.  Then one might ask as Jesus did, "let this cup be taken from me."

Yet, God bless the flesh. It has been our habitant, our reference point all our lives.  We see through it, experience who we are in it.  And ultimately, we have to let go, deeply knowing/hunching there will be new reference points, new awareness and a larger consciousness to be entered. Thus, at the end of another beginning, may I "raise the bar" as my cousin did and also witness to that "which is natural which is infinite which is yes."

photo source: fotolia.com
Posted by Augusta at 8:47 AM