We should all be born at seventy-five. 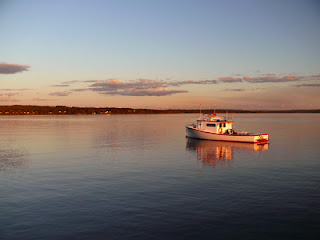 Her birthday was three weeks ago. I watch her on the front porch settling into her wine, knowing the struggles of her life as she turns toward me.

"I love being seventy-five. I love that I'll pass over, god knows when. I am not in a hurry. Do I ever like me like this. I have never been more excited."

Watching the Nova Scotia cape boat moving out of the cove (lobster season) she continues. " I love that boat, up in the nose, down in the stern going to take on the North Atlantic. I have nothing to prove, I've taken on the Atlantic.

I love being seventy five -- maybe not three years ago. Life comes or it doesn't. Enthusiasm for (her new project)  puts gas in my tank, in my carburetor. So much in the moment is just the joy of thinking about it. That is enough whether it comes to fruit or not -- this act of enjoying my enthusiasm. Yes, seventy-five is one of my favorite ages to be."

She looks to the ocean. I wait. Then she softly states, "Very hard to describe. I am disconnected from what I use to be. They no longer anchor me down: family, duties, friendships, yet I so respect those who are. It is simply that the leaves have come out on the tree again this spring.

Adding, "I am so pleased with this positioning -- naked inside and maybe even out. We should all be born at seventy-five and go backwards. It doesn't matter about size, age, color, problems we have. It is what it is. Simply that, it is what it is."

The boat is out of sight, the wine is gone and she goes in to prepare supper. I sit in a smile. The new spring leaves are flashing their green in the evening breeze. 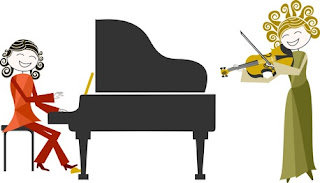 Posted by Augusta at 8:33 AM No comments: