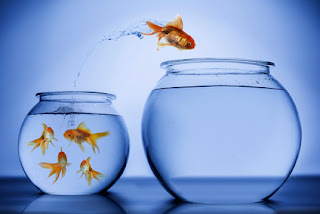 
photo source: fotolia.com
Posted by Augusta at 12:40 PM No comments:

Halloween heroes and their choices...

Look at the choices you have... Because in those choices, there are whole worlds of strength and new ways to look at things. Michael J Fox

We each want and need personal power. My two Grands, four and five, want it. His place mat for dinner is Superman and hers is Wonder Woman. They also have matching dinner plates. He says, "Look Grandma" and I look to see skinny, little, five year old fore-arms, flexed. He sees strength, power, and has a feeling he can do anything. And I think, how wonderful.

Yet, if things don't go well the odd time, there can be some disturbance to calm water. On their sleep-over this past week-end we were reading about Stillwater, a panda bear, who tells stories about keeping one's emotions stilled when things don't go right. In the stories, ill fortune be-falls a farmer. His horse runs away, his neighbors commiserates with him on his bad luck.  Seemingly, undisturbed he replies, "Maybe." Next day the horse comes back with two other horses. Then his son breaks his leg. Again the neighbors commiserate, the farmer responds, "Maybe". The army comes by but the son cannot go to war.

Thinking this might be an opportunity to make a point, I ask my Grands, "Do you want to be as powerful as Wonder Woman and Superman? "Eyes are focused, ears perked, dial is set to receive. I whisper, "It's magic. The secret power-word is choice, we can always make a choice how we act. The farmer chose not to make a big fuss or have a "melt down" which might have made things worse. I'll bet he asked himself, 'Does upsetting myself make me feel happy, does it give me more muscles?'" Experienced heads nod and giggle as they know the answers.

Then my grandson looks at me with his head tilted. I wonder if he catches the meaning of my meager attempt to explain how to get power or better still how not to lose it. He tells me, "You know when I came into your room my eyes hurt (he was just waking up) but I crawled up on the bed and listened to the story without making a fuss." I had noticed. Maybe like the farmer, he is telling me, as do his sparkling, brown eyes that he had made a still-water choice that worked for him.

Choices are like clay. Mine mold me. I notice my good choices make hard decisions easier, give me more spiritual muscle which helps detachment from negative situations. Also, scientists are discovering that every time we have a thought or emotion we make a chemical* leaving one feeling better or worse, stronger or weaker. Being experienced, I also find reacting and stirring up stormy emotions do not lead me to happiness or to being any kind of Wonder Woman.

I have another little friend who is full of such wonder -- a four year old, who possesses an extra chromosome (Down Syndrome). Feeling invincible, he is going out on Halloween dressed as his super hero -- The Extra Chromosome Man -- with his chromosomes pinned to his chest like medals. He feels he can fly over roof tops and save us all. And maybe he can. After all, are there not, indeed, "whole worlds of strength and new ways to look at things" in our power of choice?


* Joe Despenza, Breaking the Habit of Being Yourself

Posted by Augusta at 5:52 AM No comments:

Does prayer work? A quantum look... 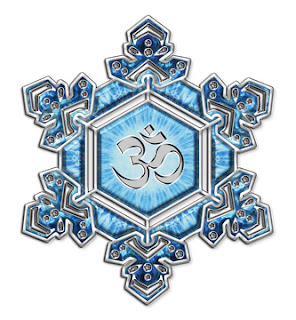 I have prayed without eyes about difficult situations for years, never knowing if change happened and if it did, was it a fluke, mere coincidence or the prayer? This video below allows a view of how powerful our thoughts, emotions and prayers are.

As well, Dr. Masaru Emoto, who is mentioned in the video below, is an internationally renowned researcher and has gained worldwide acclaim by showing how water is deeply affected by our feelings. In fact, through taking pictures he shows how human emotions like anger, fear, happiness and love change the molecular structure not only of water but also changes us.

Below is a link giving a visual of prayer, thought and emotion at work.

Post Script: For some reason I have been waiting to post the above video for a year. (Maybe because I would wish it a little shorter.) Yet, today I heard the news of Dr. Emoto's passing accompanied by the short video (below) of the power we each have.

*Dr. Emoto's Water Crystal Scene from What the BLEEP Do We Know
photo source: fotolia.com
Posted by Augusta at 9:03 AM No comments: