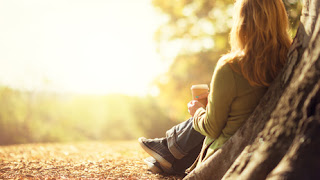 What gift can we hope to bring to dying?
Maybe our abundance...?

Her daughter's voice is stressed as she tells me on the voice mail the chemo is no longer working.  The doctor gives her mother, my cousin, two weeks to three months. I replay the message, the date was three weeks ago! It's hard to draw my breath.  She was doing well when I had talked to her several weeks before I left Tucson.

I dread making the call. Her daughter answers. "How is your Mum?" I ask.
"She is right here do you want to talk with her." Surprise, she was in hospital at the time of the phone message. My cousin's voice is strong. I hear gladness and caring as she ask in her matter-of-fact way, "How are you, Augusta?"

Turning the conversation back to her, she tells me the doctor's news. Then she observes softly, intimately,  "And we both know where I am going." I hear the love in her voice and her deep knowing.

"I agree." I respond. "However, as we've talked before, it is 'this side' that is hard to leave."
"It is." She quietly asserts. I hear the passion. We need say no more. We both love the physicality of life. We have had numerous discussions about the "other side" through the years and share the same knowings and guessings.

She then tells me of the wonderful visits she is having with family and dear friends. Plus, she is almost through her business files which she was working on with her daughter when I called. (One of her goals when finding she was ill.)

On hanging up I tell her I will be up within the week (another province). Knowing her house is full -- a drop-in visit but no meals. She insist I stay over night. I balk. She states in a voice that rings truth, "I feel fine. I am not sick. " She may die before night-fall from illness but she is not sick. She is offering her abundance... I agree to lunch.

Posted by Augusta at 5:00 AM No comments: 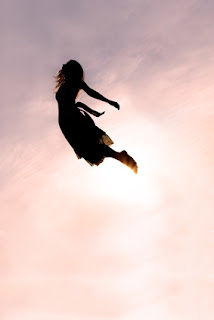 Posted by Augusta at 5:43 AM No comments: