"Be not forgetful to entertain strangers, for thereby some have entertained angels/messengers unaware."*

My wallet is gone this afternoon. Several credit cards, vehicle registration, insurance and health cards with it. Where did I last use it?  I had it this morning.  A frantic search of house, car, coffee shop, plus a call to the police confirms the loss.  With visions of someone having a splendid time spending my credit, I cancel the cards.

Supper is a down cast affair. A knock comes to the rarely used front door which tells me it’s a stranger. Opening the door an older women with the broadest smile and missing several teeth burst into the vestibule. “Augusta”? she queries. I nod.  "I have good news for you." She gleefully holds out the wallet. Excitedly, I keep thanking her. She assures me everything is there.

Her name is Lilly.  Apparently, she saw several teens pick up the wallet from the sidewalk and start rifling through it. She told them her aunt lost the wallet so they gave it to her. Then she spent part of the day searching me out as my new street address was not on my licence.  Watching her tell the story, she appears work-worn rather than old. I wonder if she had to think twice about returning money. Her bills may be more pressing than mine

She certainly seems as thrilled as I. We take each others hands, and instantly move to a hug.  As we step away our eyes are moist. She virtually glows.  Joy, relief, and love flood the vestibule. I give her half the money in the wallet. We hug again, and she is gone.  My friend, who observes our encounter reflects, “I think I've seen her picking the plastic bottles out of the garbage around town.”

Several days later:  I still feel warmth from this messenger of honesty, integrity, and goodness.  I think people do glow when doing lovely acts. This encounter was not about credit cards, licence or money. I am still feeling her caring, her spirit. Yet what is disturbing is -- if she had come to the door for anything else would I have even been friendly? I also wonder how many times I passed her on the street, making split-second social judgements, staining my spirit.


*Hebrews 13:1-2
** written several years ago
*** image resource: painting by Raffael, commonswikimedia.org
Posted by Augusta at 7:58 AM No comments:

climbing the liquid mountains of a night sky... 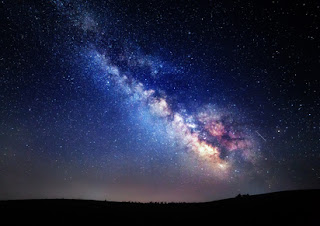 "It's wonderful to climb the liquid mountains of the sky. Behind me and before me is God and I have no fear." Helen Keller

The evening was Tucson-warm. On the deck no street light lit the night. The mesquite tree rested, barely detectable, against the dark sky. Countless times I've raised my eyes to this gorgeous display of a billion, twinkling stars. And I have marveled and wondered.

Yet this night was different. The stars, acting like a large, sky-vacuum cleaner swept me up -- transporting me into a trillion little pieces as numbered as the stars themselves. Mixing and mingling, I felt an exquisite sweetness, an astonishing merging with love. What can one say about the indescribable?  Yet, I knew instantly, this feeling is what it will be like when I "die". I just knew.

This was not a cold dark sky embedded with twinkling distant planets, unknown lifeless solar systems, out there. This place was different. No cloud cover here in this intimately known vast beauty of milky ways and black holes of twinkling lights and pieces of me. I was not separate, there was no two. I was a billion pieces free.


Moving back into my skin I felt the comfort of the solid deck under my feet. I still wanted that form in the dark to be the mesquite tree when morning came. However, I also knew I had just "climbed the liquid mountains of the sky," experienced life without my bones, old habits and conditioning. I was here, there, in, out -- countless  little parts of me yet one beating-heart.

The starry night feel will dissipate, yet let me remember to experience it again when my "dying" comes. Then "behind me and before me" is love's Presence and I will not fear.